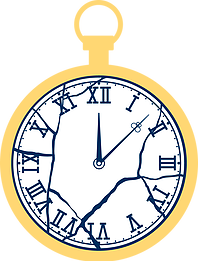 TimeTrap Escape are a small escape room company based in Reading, Berkshire. So far they have produced two temporary “pop-up” rooms in bars around the town.

There were some great word-of-mouth reviews for “The Dungeon”, held in the basement of The Purple Turtle, but I couldn’t make it in person. So when I heard that “Dickens’ Final Chapter” was having a short run in the library of the historic Great Expectations hotel and bar, I didn’t miss my second chance and visited them during their final week.

And so a willing friend and I travelled back in time to discover which felon had stolen the manuscript of Charles Dickens’ final book.

Though the room is now dismantled, I have attempted to keep this review spoiler free in case it is recreated in the future.

The construction and design of the room were excellent, particularly for a temporary installation. A couple of big reveals inspired vocal ‘A-ha’s as we worked through the room and, satisfyingly, back out to the present day.

Good use was made of a wide range of props to hide clues and to provide barriers to progress. Mention must be made of the room’s regular use of magnets. Perhaps it’s just me, but there really is something magical about them.

With limited space, many of the puzzles related to gaining access to compartments in just two wooden dressers. A lesser design would have simply placed combination padlocks on every drawer. Though there were many such padlocks, the addition of a few more unusual puzzles, plus one moment of “have they really done that?”, kept things interesting. I look forward to more escape rooms where senses other than sight and touch become important!

At this point I will apologise that, about half-an-hour in, the very friendly and keen room-makers had to send me a televised hint message of: “Please do not dismantle the props”. All I will say in my defense is that, by that point, I thought anything might contain a clue!

Ultimately, most of the puzzles did involve finding a key (either physical or numerical) and using it to open a lock, with little rhyme or reason for either the lock or the key being there. This is a perennial problem with escape rooms both in the real world and their digital counterparts.

My favourite escape experience, Enigma Escape, tackles that problem head on and does a near-perfect job of creating a consistent logic to all the puzzles. “Dickens’ Final Chapter” takes a slightly different approach by creating an overall mystery to be solved and gradually giving up the pieces as you push further through the room.

As locks were undone, many revealed individual clues (did someone mention magnets?) to the final mystery. Only when all these separate clues were found and used together based on other scraps of information could the final mystery be solved. This approach creates a real sense of a story coming together in a non-linear manner, even if, in reality, it was a nearly straight path through a series of locked drawers and boxes.

The path nevertheless had enough kinks in it that the two of us were kept independently busy most of the time. The room would work similarly well for larger teams, though I think it would have been uncomfortably cramped if the suggested maximum of 6 were all crawling around the room.

Overall, Dickens’ Final Chapter impressed and entertained with some unusual but solvable puzzles. The whole experience was lifted by a sense of joined-up thinking from beginning to end leading to a satisfying exit and real sense of achievement.

As I write this belated review, I am happy to report that the TimeTrap team are opening up a permanent Reading-based home in early 2017. I look forward to paying them another visit.