News and Updates for November 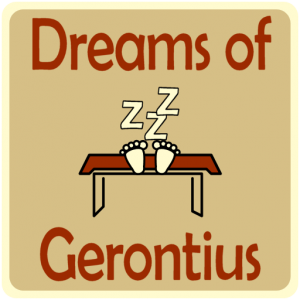 This is a monthly update of treasure hunt, game and puzzle tidbits.

Treasure Trails has produced a Halloween themed puzzle that’s free to try out. If you like it, their main business is selling walking and driving tours of hundreds of different places around the UK. The unique feature is that the tour includes clues for a treasure hunt or a murder mystery that you crack en route. Trails cost £6.99 if you want to print them off at home yourself.

My favourite escape room producers, Enigma Escape, have opened a second room at their London site. The Breakout sounds a little different from other escape rooms: your “boss” is the one who’s locked away, in prison, and you’re tasked with breaking him out. I’m already looking for an opportunity to visit.

The 20-21 Visual Arts Centre in Scunthorpe is preparing to run a £5000 treasure hunt starting February 2017. Five artefacts from the nearby North Lincolnshire Museum are to be cast in 18-carat gold and hidden around the county. Clues to finding the treasures will be hidden in paintings that will be displayed in the gallery from 18 February to 29 April 2017.

Back to London, the HowTo Academy will be hosting an A Brain-teasing Evening of Puzzles and Problems on Monday, 21 November. Mathematician Alex Bellos promises to take you on a tour from ancient China to Edwardian England, covering a wide range of puzzles and conundrums that have stumped experts over thousands of years.

In the board-gaming world, the four-day Internationale Spieltage in Essen, Germany, took place last month. 1200 new games were on display to almost 200,000 visitors. Here are some highlights according to Ars Technica. Sadly very little news about the next game in the so-called Legacy format of story-based, single-play, desctructible boards games.

And, finally, it seems that otherwise normal couples are sometimes into board games. Fancy some “Settlers”?